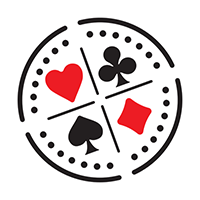 Online Poker Value – New Jersey Division of Gaming Enforcement releases its poker and casino win information. The report also includes both the numbers from the Online Poker as well as Casino Games. The numbers indicate that there is an increase in revenue on a month to month basis for Casino Games but not so for Online Poker.

Meanwhile, let’s look at the numbers that were just released for January 2018.

As mentioned, the liquidity among the three states via shared online poker was authorized last year and is likely to be implemented in 2018. In the beginning and for the foreseeable future, only the WSOP/888poker project will be able to share tables across borders, though that liquidity will give analysts a solid idea of the potential that shared poker holds for the burgeoning US market.

The only plan for improving online poker in the new US market is the liquidity network. No other sites operating in New Jersey have addressed the poker depression whatsoever, so it is difficult to tell what the future may hold