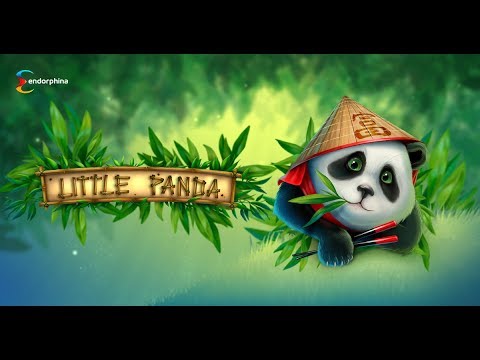 Little Panda Online Slot is the cutest little animated panda to his the reels. Little Panda is a five reel slot that has a massive 1024 paylines which should be more than enough for even the most ardent slots player. Aesthetically, the game is as you would expect. There’s plenty of emphasis on the pandas and a general Asian-theme.

Naturally as one can expect there’s wilds and scatter symbols to watch out for, both of which yield impressive rewards. The latter being somewhat predictably perhaps as a Ying and Yang symbol.

In terms of how they translate into game play: if three or more scatters are found on the reels the Panda Feature is launched. This can yield various amounts of free spins, with the highest number being 20. Wilds during this round can increase the player’s chance of winning.

Panda – the highest paying symbol that appears on the reels as a stacked symbol. And thanks to this, you can generate hefty wins inside a great combination with the Wild Multiplier.

3 or more Scatters (the ying & yang symbol) triggers the Panda feature – free spins. During the free games, each WILD symbol that appears anywhere on reels 2, 3 or 4 will multiply the win for that spin by either 2 or 3. The Panda free games feature can be re-triggered again during the feature: